Get fresh music recommendations delivered to your inbox every Friday.
We've updated our Terms of Use. You can review the changes here.

Something Deep Inside Me

by Mikayel Abazyan and Friends 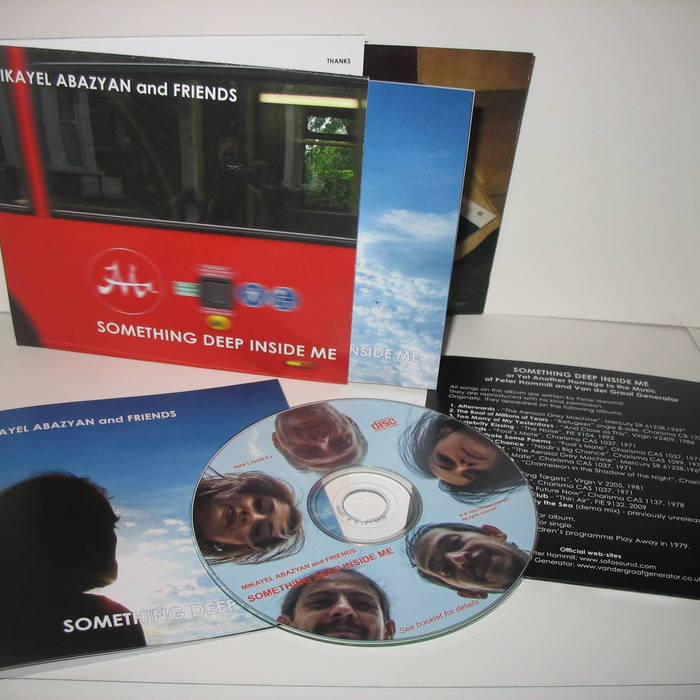 "Yet Another Homage to the Music of Peter Hammill and Van der Graaf Generator" - reads the subtitle, thus giving the idea of who is the author of all those songs. There are few tributes dedicated to Peter Hammill, and another international mega-project on 2CDs is also in the pipeline (hopefully to be released by the end of 2016). While preparing his portion of the songs for it, Mikayel Abazyan from Armenia decided to go for his own tribute album. Having received all due permissions and approvals, Mikayel released his album with a help from his friends on the 9th of July, 2016.

Rash Records are proud to present Something Deep Inside Me, a tribute to the songs of Peter Hammill by Mikayel Abazyan. The album is available via Mikayel's eBay page here www.ebay.com/itm/131878416574?ssPageName=STRK:MESELX:IT&_trksid=p3984.m1555.l2649

The line from a Peter Hammill's song lyrics used to entitle this album - "Something Deep Inside Me" - says it all. The songs presented on this album have been absorbed by the performer, relived, and now returned to the world from his own point of view. Among the 15 tracks presented on this 74-minute long CD, there is only one straightforward 'replica' performance ("Vision"). The rest of them vary from new details added here and there ("Sitting Targets", "Happy") to completely changed renditions of the original material ("The Boat of Millions of Years", "Too Many of My Yesterdays"). Previously unreleased "Tintagel by the Sea" is presented as bonus track.

Released in Limited Edition of 200 copies only, the album comes in gatefold thick paper sleeve with picture inner-bag and 12-page booklet. The CD-R discs are supplie with CD-text and are fully compatible with all CD players and CD/DVD/Blu-ray drives.Tested and approved!

acoustic alternative folk left of field under the radar Liverpool